I’ve been working from home for a long time now (ever since COVID-19) and one of the complaints I’ve had is that I sit facing away from a window (monitors and webcam facing the window). This means my colleagues get a really dark view of my face after auto brightness accounts for the window or my ceiling lights.

To fix this, I bought a cheap IKEA TERTIAL lamp[0] which retails for 20 bucks, and aimed it at the wall in front of me to diffuse the light. I used a spare Phillips Hue bulb that I had lying around giving me easy controls from Apple Home. 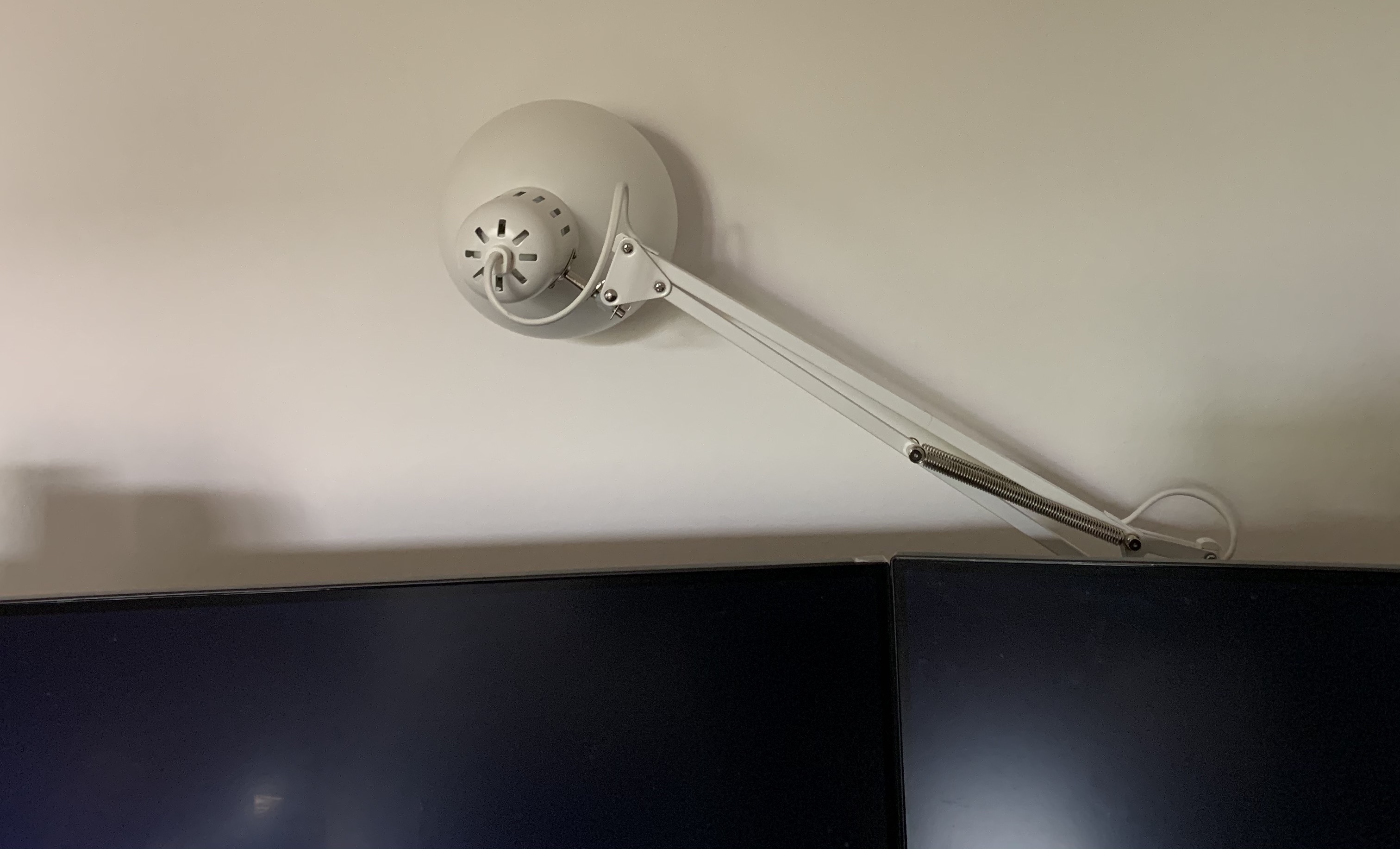 That’s still too many actions for my liking because I’d have to open up control center, go to Home, and turn on the light. Not to mention doing the same thing one my meeting is over.

It’s pretty straightforward to automate this, we need to

Detecting if the webcam is enabled is surprisingly easy. All the links on Google point to checking for processing using AppleCamera or VDC but I don’t think that works anymore (at least, it does not work for me on Catalina). Instead, we’ll use the Console.app program or the command line equivalent log that comes built-in to MacOS.

which tells us if events like kCameraStreamStart and kCameraStreamStop occur, which seems to occur each time the camera starts and stops. Note that this command does not seem to work as a normal, unpriviledged user and instead, root access. There’s probably a way to work around this, but this is a hack cough short term solution cough.

Controlling lights over the Hue bridge with it’s API is relatively straightforward, we just need to get a token from the hue developer portal. Once you have the token you can then control the light with a simple PUT query like so:

I have made the script read for events like bulb:on from stdin that’ll be then used to toggle the state.

I keep this running on a personal computer in my household and expose it over a TCP port with socat. It’s kept daemonized with start-stop-daemon and OpenRC.

Each time there’s anything sent to tcp:6338 it runs the script which then controls the bulb. With this, all the corp laptop sees is a string sent to a local computer using netcat.

Tying it all together

(this section is slightly updated, to remove the use of cron)

The script to detect the status of the webcam uses log stream instead of log show, which eliminates the need for a minutely cron. 60 seconds without a lamp is still quite a noticeable delay in a meeting. Using the stream, it’s put in a script as so

and launched using launchd. The launch daemon is dumped into /Library/LaunchDaemons/ as com.alex.bulb.

It can then be launched with launchctl load com.alex.bulb and launchctl start ....

The user experience is pretty good, I hop on a call with Google Meet, which enables the camera, which triggers the lamp, and which automatically turns it off after I’m done.